On the 21st of December 2019 the time has come! Madrid, the capital of Spain, is turning into a radiant magnet … and that much can be revealed already, it’s not Christmas time.

Rather, it is the extraordinary invitation of Josip Heit, CEO of Gold Standard Banking Corporate AG, to give Madrid a totally new sparkle. It’s the brilliancy of an absolutely gigantic all-star game in soccer. Many even describe it as THE Spanish Soccer Event of 2019 that makes the hearts of soccer fans worldwide beat faster. There are legends like Roberto Carlos, Ronaldinho and Luís Figo, who enter the lawn on Saturday evening at the stadium Wanda Metropolitano in Madrid. And it is precisely these legends that will lay down a unique game full of pride and with much passion. No less low is the motivation of the opposing team, world stars of the Spanish national team.

This unique opportunity on Saturday evening, just before Christmas Eve, we owe Josip Heit. A passionate entrepreneur, father of a charming daughter and a Düsseldorfer by choice. Additionally, he loves to donate to charities and has lost his heart especially to humanitarian education and sports projects. As the CEO of Gold Standard Banking Corporate AG, he daily is involved in the import and export of gold and other rare metals. What could be more obvious than to combine his passion for charity during the golden Christmas season?

And that’s why the All-Star Game in Madrid stands under the star of charity. Especially pleased is the Spanish association of wheelchair soccer and, of course, its many members. Because the revenue goes directly into the association“s coffers. Money which they can use very well and that comes at the right time!

Josip Heit is looking forward to an exciting match in Madrid and wishes for a numerous appearance of soccer fans from all over the world!

The event will start at 12 noon at the Madrid Marriott Auditorium with a presentation about the IPO of Gold Standard Banking Corporation AG of Düsseldorf by Josip Heit. Afterwards the event continues in the stadium Wanda Metropolitano Stadium in Madrid, where we soccer fans can share our excitement. If one or the other fan sinks into the Christmas

stress, it should be said at this point that Josip Heit is accompanied exclusively by a film crew. Therefore we can look forward to a comprehensive report with pure emotions. Almost as if we were standing right next to Josip Heit and experience the golden event at first hand. Kick-off is at 18.00 o’clock. 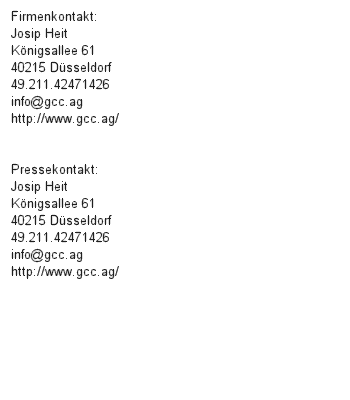