The Fassi Group, through its French holding company that already owns Fassi France and Marrel, has acquired control of ATN, a leading manufacturer of self-propelled aerial platforms on rubber or tracks with electric or diesel engines.

ATN, the French manufacturer of self-propelled aerial platforms, has developed a range of products designed primarily to meet the needs of rental companies, a market that is particularly prosperous in France. The quality and robustness of the manufacturing materials guarantee the machines a long life cycle, even when exposed to harsh operating conditions. In terms of design, the products continue to improve and constantly increase in range, without compromising their ability to facilitate and simplify maintenance operations, maximising the profitability of its customers.

ATN was founded in 2000 in Tonneins, in the South-West of France between Bordeaux and Toulouse and today its production and administrative plant is located a few kilometres away in the town of Fauillet in a factory of 20,000 square metres (covering six hectares of land), which opened in 2013. The initial idea was to develop aerial platforms with a vertical column installed on a track called PIAF. The founders could boast of long previous experience, having been the creators of this solution. Since the beginning, the company’s mission has been to design and manufacture machines for rental companies, developing a complete range of different heights (now up to 9.92 m with a load capacity of 200 kg), on wheels or on tracks, first with electric motors and then also with diesel engines. More recently, the selection of products has increased with the addition of models with articulated arms and pantographs with heights up to 22.85 metres and capacities up to 230 kg.

With the acquisition of ATN, the Fassi Group continues its expansion into all areas of lifting, particularly in the segment of stand-alone machines, i.e. not installed on a truck. In this regard, ATN will become the natural partner of the Italian brand Jekko, already associated with the Fassi Group, to produce a complete range of solutions in a market that boasts increasingly important numbers.

The acquisition of ATN was completed at the end of July 2018 by the French holding company CTELM, which is controlled completely by the Fassi Group and chaired by Roger Boutonnet and already holds full control of Fassi France and Marrel. 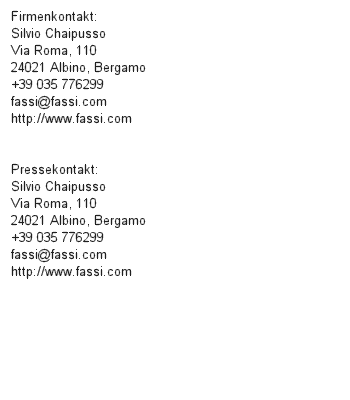